Thakuru wars is a game that primarily displays visual aesthetics from the Maldives, with characters exhibiting skins with a mix of traditional Maldivian elements and fantasy themes. When choosing a new concept for skins, I did not want to depart from the original feel of the game as a top down hack n slash, because character silhouettes are very defined, so the theme had to be something that can retain these character’s deviations from each other but coherent enough to be a skin set. The chosen concept for this time was Gladiator.

So once the Concept was chosen, the first thing to do is accumulate enough reference. A mood board was made, how intricate a mood board depends on how fleshed out at this stage a character skin is needed to be, but since we were concepting I opted to pick, mix and match from reference and see how it looks on characters. One thing to note was that these characters had very specific forms and based on the camera angle of the game, these skins needed to still make it clear who the character is. Going back and forth with the reference, the skins would mostly comprise of hard surface armor plating and a little bit of clothing underneath. So the general idea was - Armor masks, chest-plates, fleeces, guards and skirts. It was easy to figure out which type of these accessories to choose for which character from here on out.

How would we go about concepting before there is any concept art ?

Normally, before initializing the modelling process for any 3D mesh for a game, concept art is prepared. specifically highlighting all the features needed. In this scenario, we already had completely built characters and new skins would utilize the already complete base mesh.

With an already existing base mesh, with an extract feature in the subtool category, a masked part of the mesh can be extruded out as a separate subtool. This mesh follows the same mesh topology as the underlying masked part from the base mesh. in many cases, it is a very high poly count mesh. 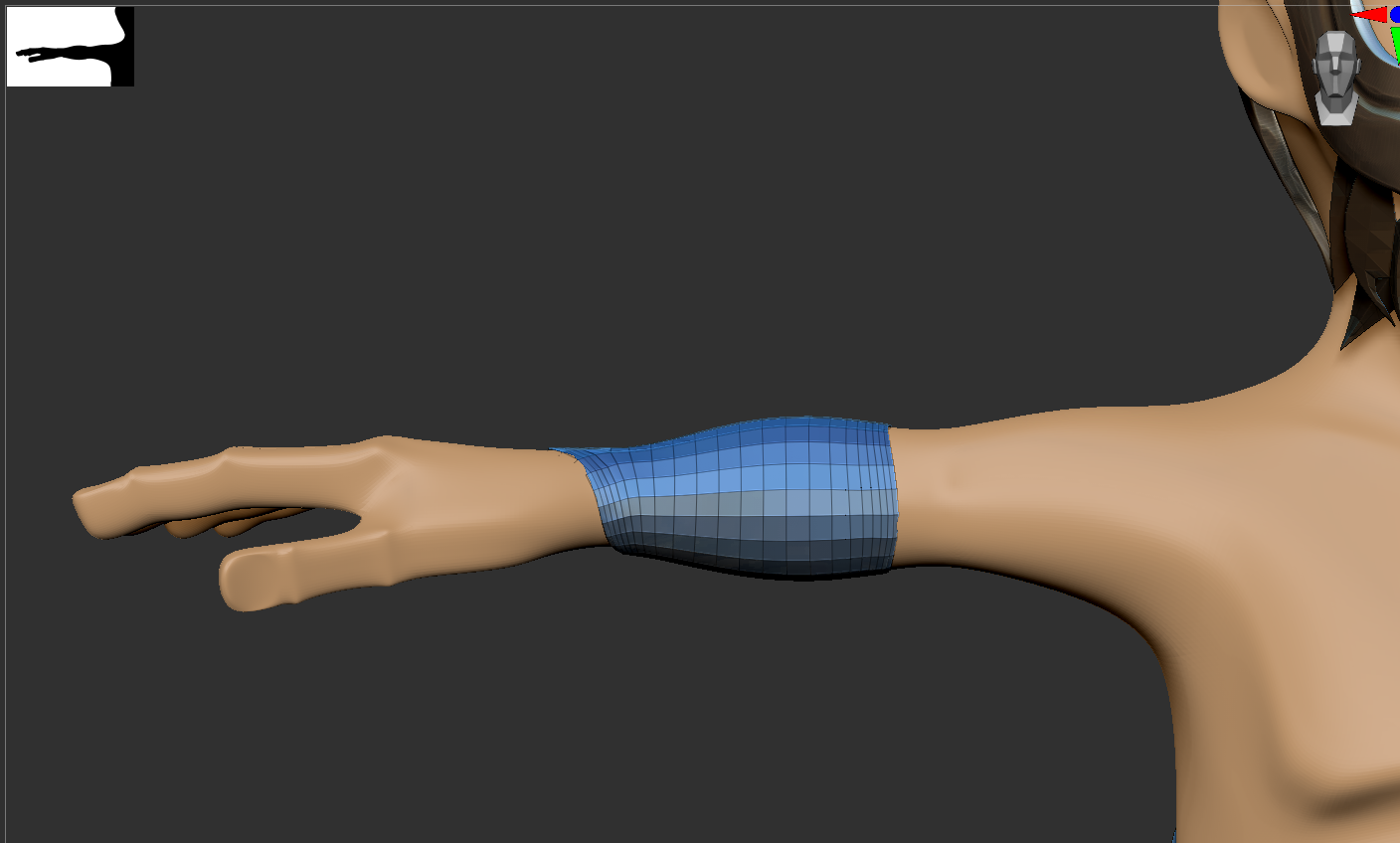 Using the Zremesher feature, the poly count is brought down to a much more manageable level, with better flow in the topology. 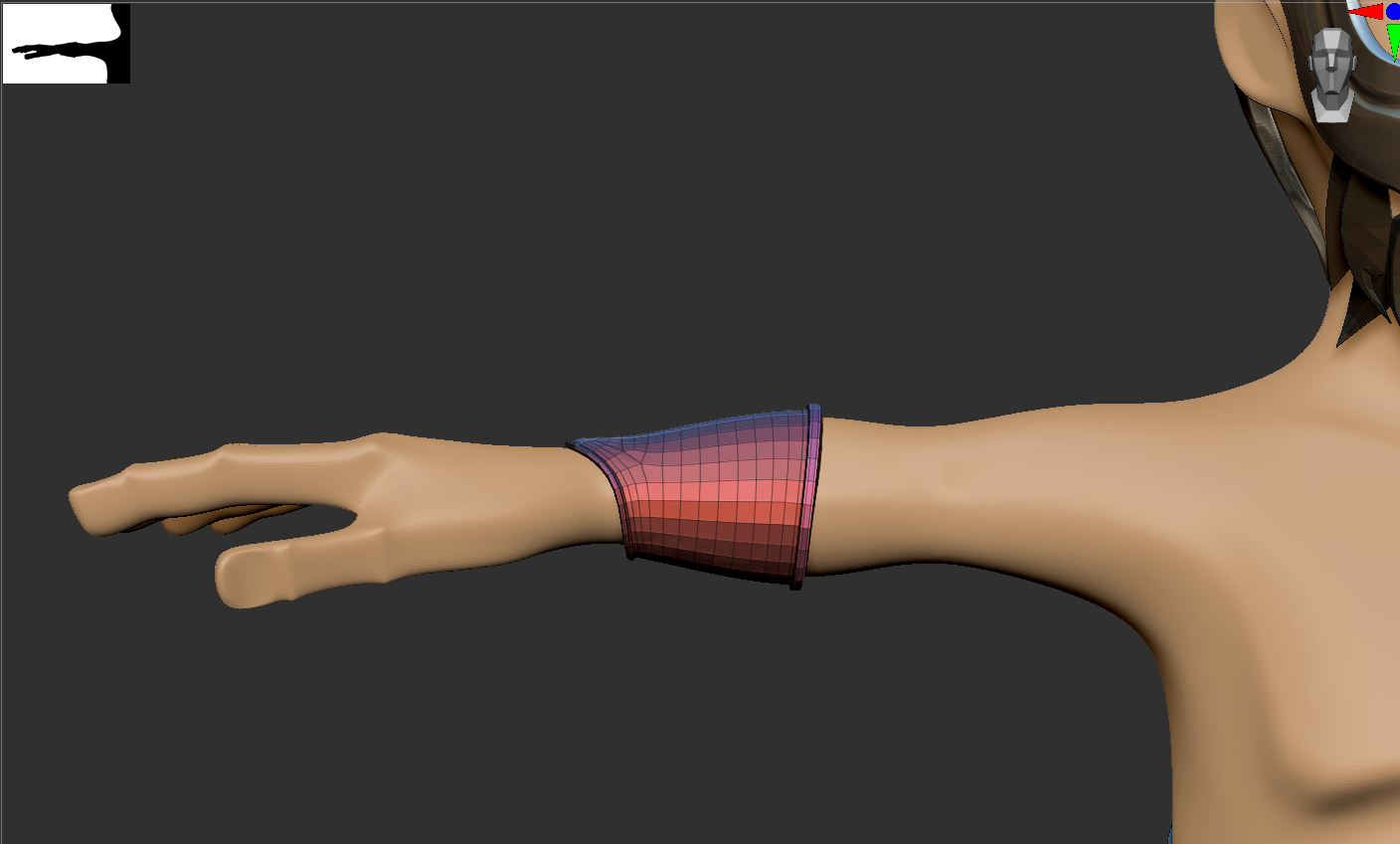 More hard surface modelling is done using the Zmodeler brush and edges made sharp and extruded as needed. Inserting edge loops is easier in this stage so that when subdivided, a very clean and strong edges are present. 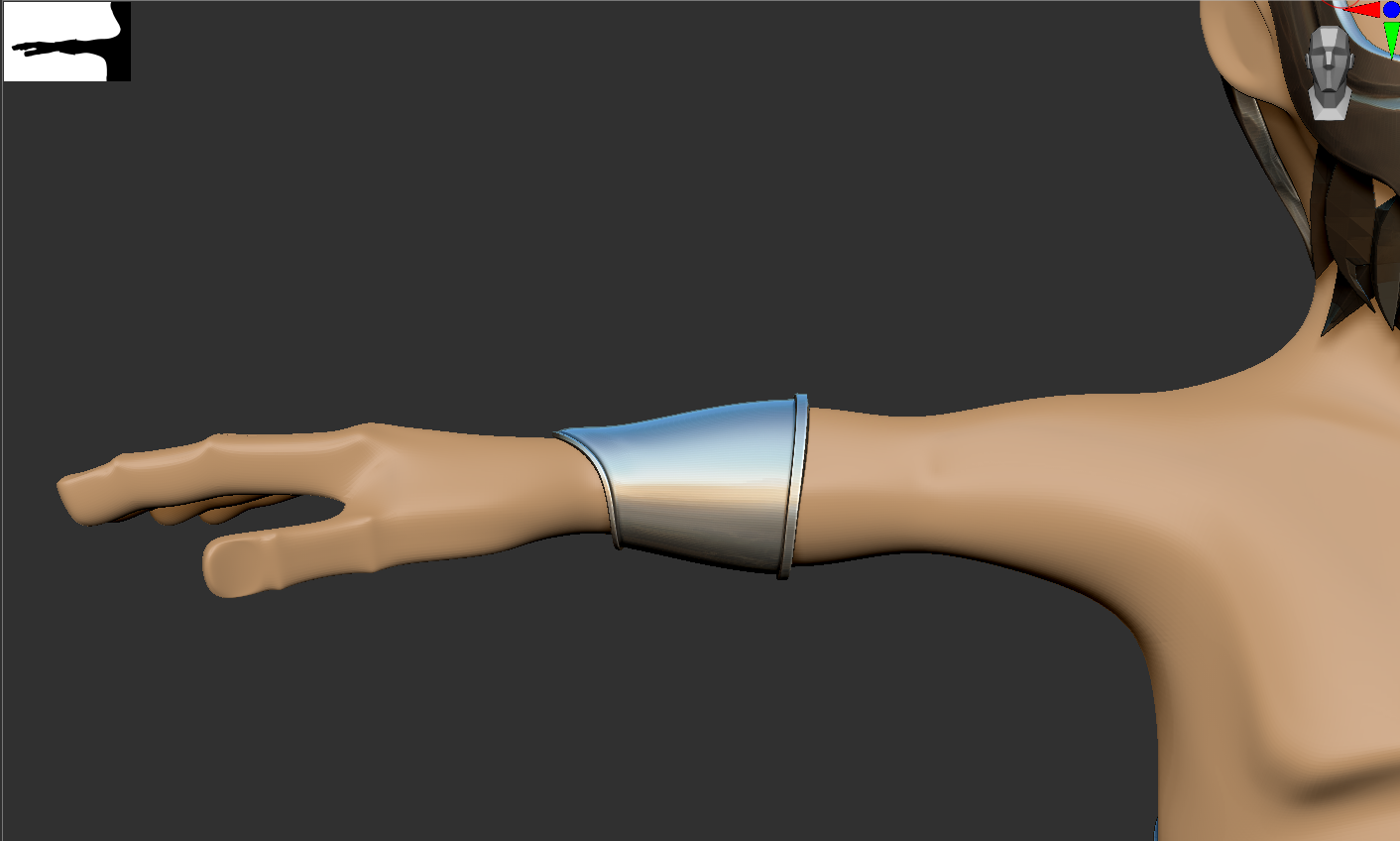 The resulting model is a very clean and smooth mesh that can be subdivided to be used as a hipoly for bake into texture. 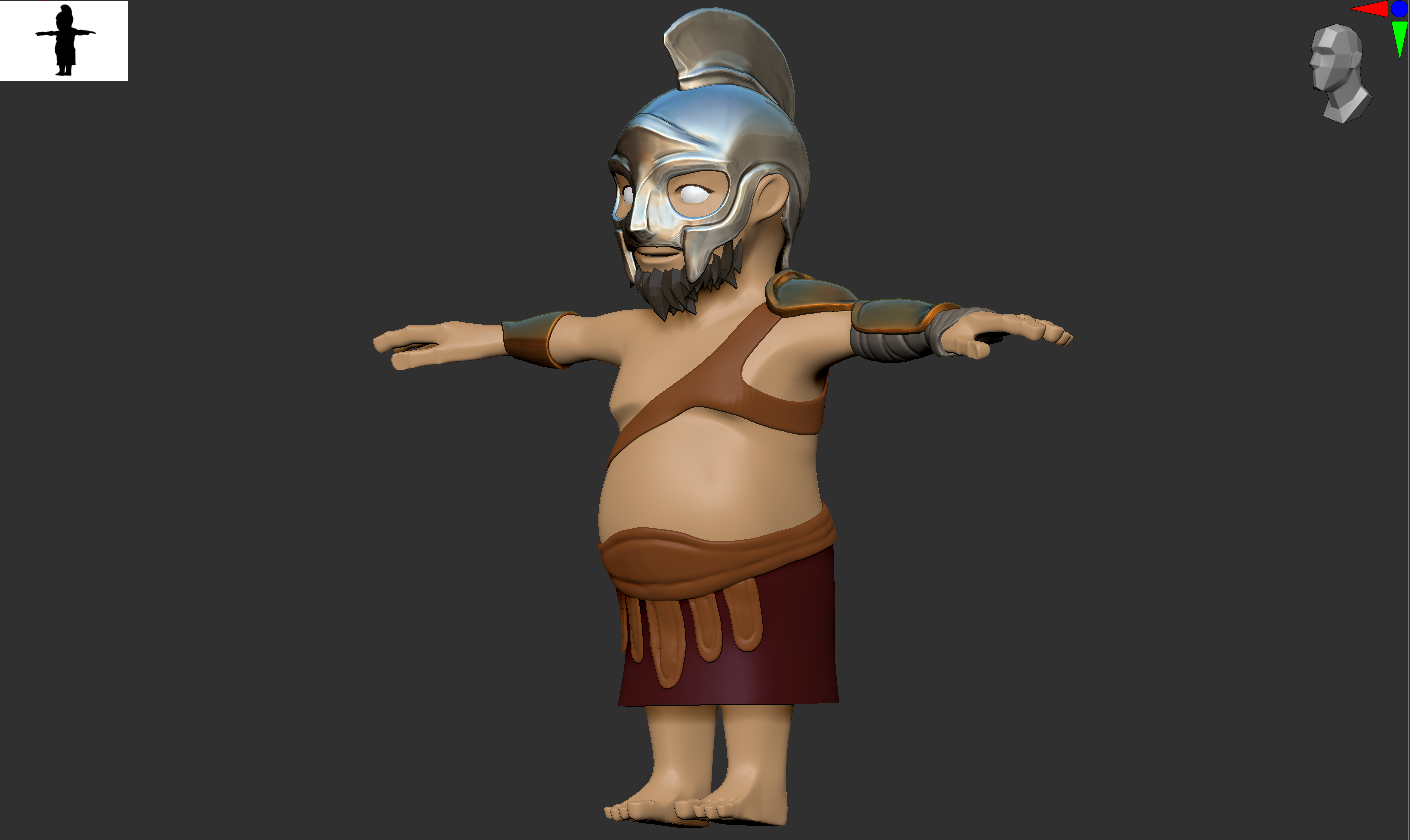 For example this Thakuru character design with extracted meshes that did not go through the retopologizing process and has the older edge flow from the base mesh it was extracted from. 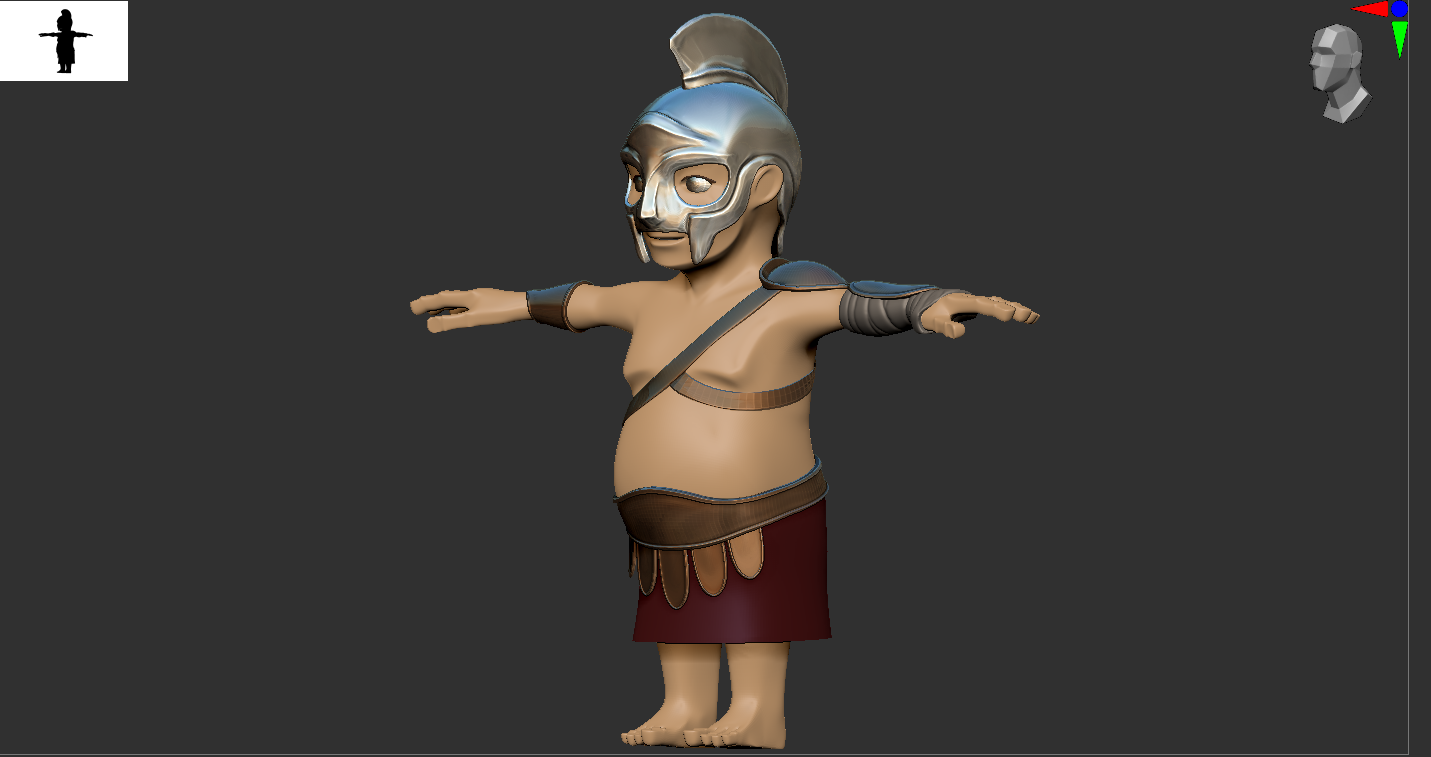 This Thakuru gladiator skin version has all the accessories, retopologized using the Zremesher feature down to a poly count that is easy to manipulate and then later subdivided. This proves to be a better method to achieve consistency and equal fidelity between all the meshes. 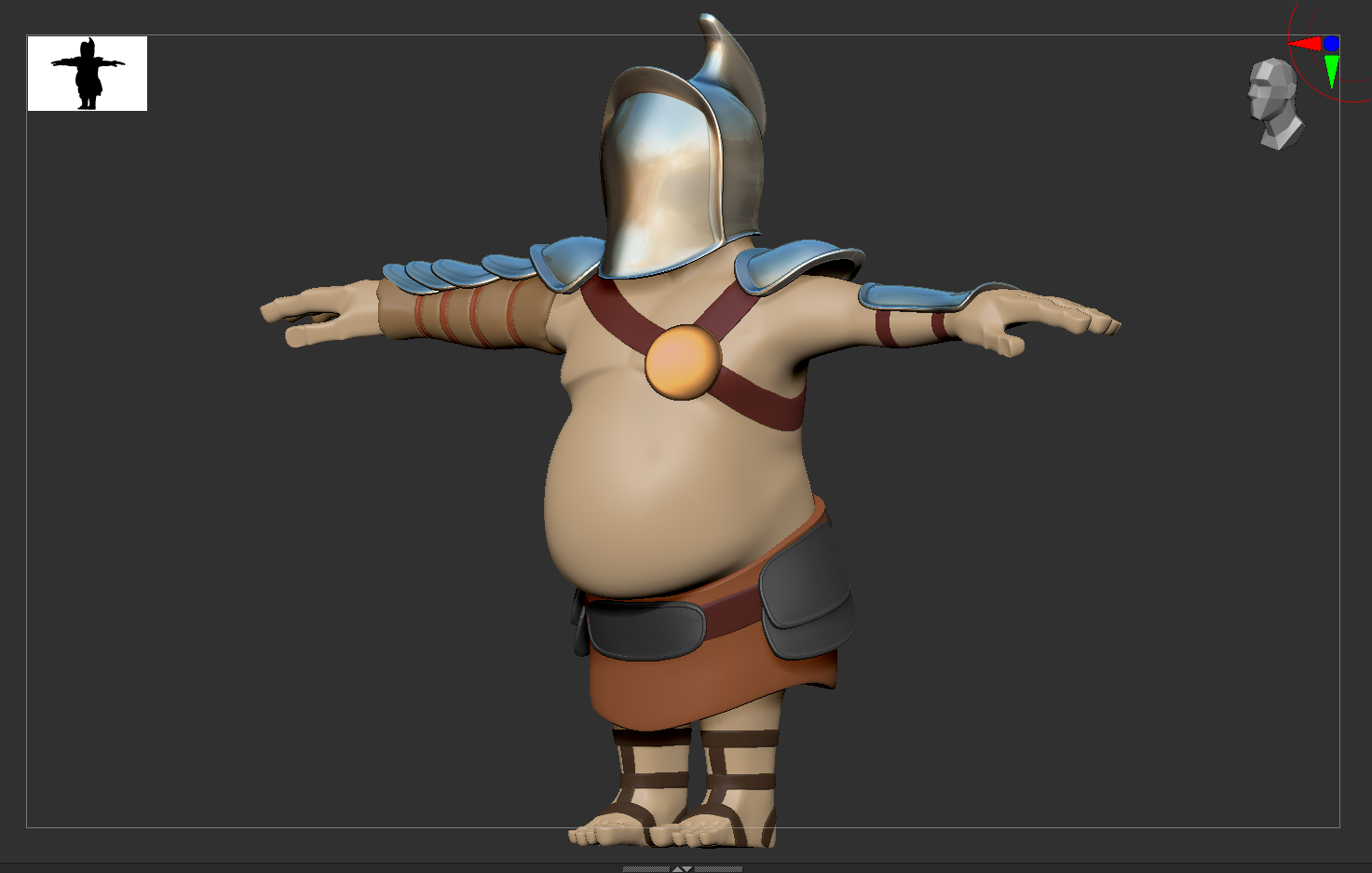 It is also easy to make one armor plate from the aforementioned process to then easily replicate and modify for designs such as this. Here all the plates in Bodey’s skirt are originally 1 extracted subtool modified into all the different side plates. 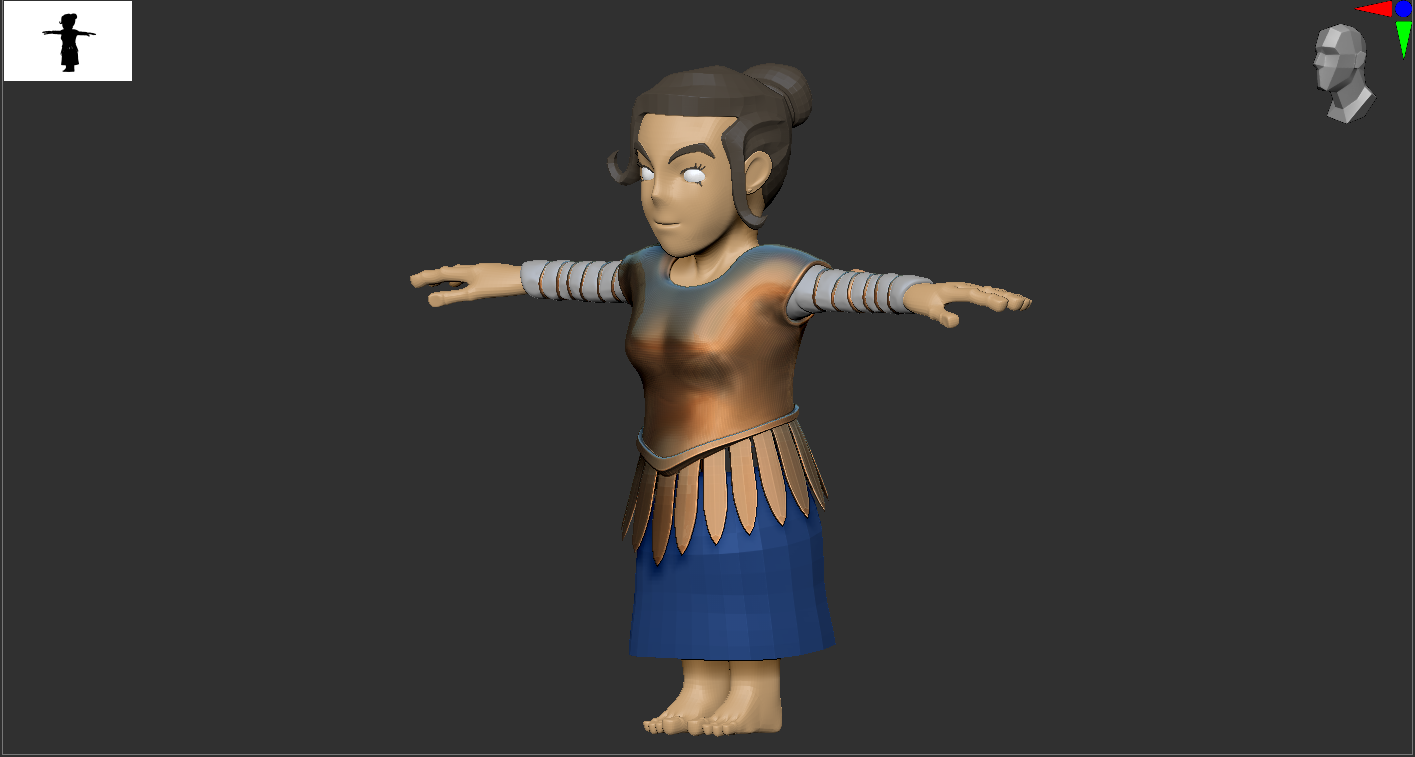 It can be easy to follow this technique, but there are still somethings to keep a look out for. One of the most important things is to have a general idea of how much you’d want to reduce the poly count while ZRemeshing. Since not all meshes would be of the same size you cannot count on a set poly count number. It is important to have a reference mesh and identify the poly density of the least poly count subsdivision. This way when all these extracted parts are later subdivided, they will all have the same level of fidelity with each subdivide. 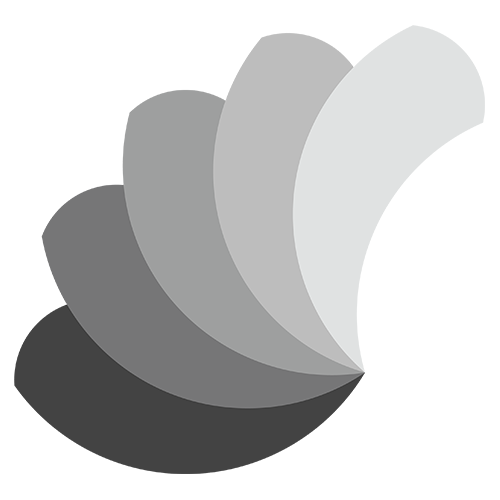 Making video games to our heart's content since 2018 in Maldives!